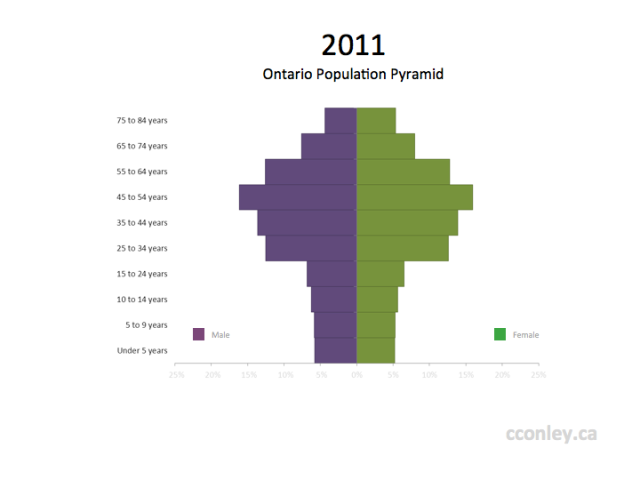 These ranges are historical categories that have been used to describe Canadian populations as far back as 1921.
Although the difference between age ranges accounts for the narrow neck of the pyramid, the thicker bands in the older age ranges provides a glimpse of the movement of the baby-boomers through the distribution.  The impact of the baby-boomers on the population distribution becomes even more apparent when the historical data sets are presented as an animated time series:

An interactive population pyramid is also available from Statistics Canada that presents the data across smaller age ranges, giving a more detailed and refined view of the changes.  Where the population pyramid at the beginning of this post was created using data reported by the Census, Statistics Canada’s interactive visualization uses data that is “extrapolated using the annual rates of population growth from the Population Estimates Program.”